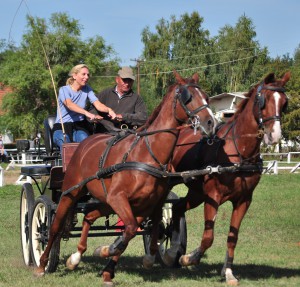 Is your horse at risk? Are you at risk?

The name West Nile Virus sounds very exotic but unfortunately in South and Middle Europe we also have to face with this dangerous enemy. If anyone would think he or she or their horses are safe somewhere else in the world then the bad news is WNV is almost everywhere. West Nile virus is the leading cause of arbovirus encephalitis in horses and humans in the United States also. Since 1999, over 25,000 cases of WNV encephalitis have been reported in U.S. horses. Apart from Europe and the Americas WNV has spread globally, it also a pathogen found in Africa, Asia, Australia and the Middle East.

One bite can change your life forever!

West Nile virus (WNV) can cause encephalomyelitis in horses and men and it is transmitted by mosquitos. That is the reason why we see the cases seasonally, between July and November in middle Europe.

Not all infected horses end up with clinical signs

Approximately 80% of WNV infections are without any clinical signs. In humans West Nile fever, which occurs in 20 percent of cases, causes flu-like symptoms, like fever, headaches, fatigue and muscle pain. In humans less than 1% of the cases is severe and result in neurological disease when the central nervous system is affected. Horses are particularly sensitive to WNV with approximately 10% infected animals presenting neurological disorders.

What are the clinical signs?

In horses the disease might start with non-specific signs of general depression, loss of appetite, low-grade fever, colic-like symptoms, lameness, stiffness or poor performance. Weakness, incoordination, and paralysis, -sometimes asymmetrical-, are typical features of nervous system involvement in WNV infections. Limb paralysis can affect one or two limbs or all four, the latter usually lay down and cannot get up. Most of these horses will not survive. Skin fasciculation and muscle tremors on the face, neck, pectoral and triceps area are common. Sensitivity to touch and anxious, abnormal behavior, facial paralysis and swallowing problems can be observed as well.

The case fatality rate for horses exhibiting clinical signs of WNV infection is approximately 33%.  Data have supported that 40% of horses that survive the acute illness caused by WNV still exhibit residual effects, such as gait and behavioral abnormalities, 6-months after the bite.

What is going on in European countries now?

If you go to the website of the European Centre for Disease Prevention and Control you can read about the human cases: this year already 54 cases of West Nile fever in humans have been reported in EU Member States and 60 cases in the neighbouring countries. Of those, forty-three cases were reported in EU during the past two weeks, which indicates a clear increase.

This is exactly the same what happens in horses: we have a growing number of affected animals starting from the second week of August. Unfortunately some of these horses are already dead.

Its emergence is unpredictable!

Not every year is so bad: the virus and mosquito host interactions depending on weather and many other factors result in regional change in virulence of the virus and no prediction can be made regarding future trends in local activity of the viruses.

You do not have to be frightened by the virus. There is protection!

There are more type of vaccines for horses, all protective against the disease. Protect your horse and vaccinate before the WNV season every spring! Recovered horses likely develop life-long immunity, but this has not been confirmed. Consider revaccination if the immune status of the animal changes the risk for susceptibility to infection or at the recommendation of the attending veterinarian.

When possible, stall horses during peak mosquito activity, at dawn and dusk. Eliminate areas of standing or stagnant water on property. Use fans designed for outdoor or agricultural use on horses while stabled. Use insect repellants designed for horses. A fly sheet and fly mask will minimize your horse’s exposure to mosquitoes.

Orsi was the first to diagnose the lineage 2 West Nile Virus as the cause of the outbreak of equine encephalitis in Europe, which can cause neurologic disorders in both horses and humans. As a direct result of her research work, surveillance models were developed to protect humans and the equine population from unpredictable outbreaks of the disease. Moreover, the clinical data that Orsi’s team collected from horses, facilitated the development of better diagnostic and treatment protocols.

Manage Cookie Consent
To provide the best experiences, we use technologies like cookies to store and/or access device information. Consenting to these technologies will allow us to process data such as browsing behavior or unique IDs on this site. Not consenting or withdrawing consent, may adversely affect certain features and functions.
Manage options Manage services Manage vendors Read more about these purposes
View preferences
{title} {title} {title}